In 1886, five men at a Hill District synagogue had money left over from the synagogue’s appeal. They knew a single mother in dire need. They were hesitant to offer her the money because she was a proud, independent person and they did not want to offend her. Nevertheless, they approached her and offered the money as a gift. She said the money would be helpful, but the only way she would accept it would be as a loan that she could repay. That is how the Hebrew Free Loan Association of Pittsburgh was born; it was chartered in 1887 with Simon Shupinsky as the first president.

Following that initial loan, more funds were collected, and loans were made to small businessmen — a hucksters to buy produce to sell the following day, a tailor to buy a sewing mating — to families facing a crisis, and to immigrants starting anew. HFL gave a great deal of hope to these people. Loans at that time were small — between $5 and $20 — and were repaid sometimes just 25 or 50 cents at a time. As money was repaid, it was lent out again. And if funds were nearly depleted and the need arose for a loan, board members would donate their own money to make a loan.

During its nearly 130-year history, the Hebrew Free Loan Association of Pittsburgh responded to every crisis or need in the community: 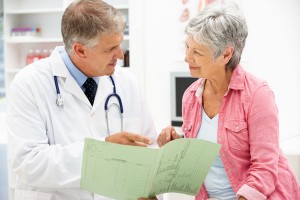 Although the world has changed, Hebrew Free Loan’s mission remains the same. Loan committees continue to approve loans every week. They see people at a critical moment, when they cannot turn to a bank or to family, and respond in a sensitive and dignified manner.

Donations by check or money order can be directed to:

Use Amazon Smile and select Hebrew Free Loan Association of Pittsburgh as your nonprofit of choice. This simple set up helps us raise money at no cost or additional work by you. Just remember to shop at http://smile.amazon.com instead of https://www.amazon.com.